My Review – The Memory – by @judithbarrow77 – #NewRelease

Before coming to the U.K. I had opportunity to help foreign-language students with the intricacies of the English language, and as it happened, I had to prepare my own lesson plans. I found an out of print travel guide for the British Isles and used some of their beautiful short descriptions as basis for each lesson. One of my favourite lessons had to do with the wild ponies who live in the Preseli Hills in West Wales, or as many locals believe, the Preseli Mountains in the western part of the UK, forming  part of the Pembrokeshire Coast National Park. So, Pembrokeshire sounded familiar and drew me to Judith and  of course, her writing.

Judith Barrow, originally from Saddleworth, a group of villages on the edge of the Pennines has lived in Pembrokeshire, Wales, for forty years.
She has an MA in Creative Writing with the University of Wales Trinity St David’s College, Carmarthen. BA (Hons) in Literature with the Open University, a Diploma in Drama from Swansea University and she has had short stories, plays, reviews and articles, published throughout the British Isles and has won several poetry competitions..
She is a Creative Writing tutor for Pembrokeshire County Council and holds private one to one workshops on all genres.

“The Memory” by Judith Barrow is a new release, and the first novel I’ve read by this author who manages to switch effortlessly between the past and present in this tense family drama. There is Irene who has a carefree and mostly happy childhood until her sister, Rose, comes along and everything changes. As a family, their lives are turned upside down, and Irene sees and experiences a different, ugly side of her mother’s personality which ultimately drives her dad into the arms of another woman.
The plot takes many twists and turns, and by the time she’s a teenager, Irene has formed an enduring friendship with Sam – who also comes from a broken home – whom she eventually marries. The plot takes a sinister turn when Irene’s sister, Rose, whom she adores, dies under mysterious circumstances; a final nail in the coffin of ever attaining a meaningful relationship with her mother. Irene relies heavily on her grandmother and Sam for emotional support.
The suspicious circumstances surrounding her sister’s death becomes the focus of all Irene’s choices: whether to finish college, whether to move from the house where she often feels Rose’s presence, whether to insist on a power of attorney when her mother goes into early stages of dementia, whether to support Sam and go to Wales to settle there, whether to put her mother in care, whether to make peace with her father and whether to forgive her mother for treating Rose abominably.
This inner turmoil prevents Irene from reaching her full potential as a happy wife, carer or teacher. I cannot decide whether to sympathise with her or not because Irene’s choices are not ideal even though her husband is ever faithful and loyal, and her mother remains a hateful and deceitful person, who wields unbelievable emotional power over Irene to such an extent that she jeopardises her future with Sam, as well as her good relationship with her Nanna and her father, Derek.
Without giving away the end, there are many plusses for me. Descriptive scene setting enhances natural dialogue among the characters, allowing the reader to be inside this well-written story to experience the highs and lows of Irene’s life while she takes care of her Down Syndrome sister with help from her grandmother and father, whose departure leaves her devastated and angry – she forgives him as she gets older (here again is an example of Irene’s compassion and capacity to forgive except when it comes to the treatment of her sister). She is also obsessive when it comes to her attachment to the house in Grove Street where she grows up, and the thing which keeps her there, dictates her life and choices.
Negatives: the characters are sometimes too extreme in their behaviour (reminding me of Balzac’s Eugenie Grandet who also has the power to change her circumstances but while dealing with extremes, the choices she makes in the end, leave her a lonely, wealthy and childless widow). Thus, during the last third of the book, I found the almost minute by minute account, skipping between the present and the past, difficult to follow, so I read all the present short bits first, and then went back to fill in the gaps of the past, but as this is fiction, anything is possible whether you love or hate the characters’ actions. Therefore, if you enjoy a story with complex characters and a real twist at the end, this book is written for you!

Thank you so much for visiting my blog today. I hope you enjoy the review enough to have a closer look at Judith Barrow’s book. She has written a series of Historical Fiction books which are published by Honno Press as well.

This site uses Akismet to reduce spam. Learn how your comment data is processed. 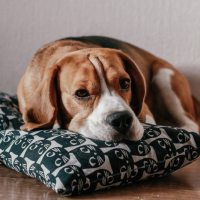 Rave Soup For The Writer’s Soul Anthology 29 March 2018 I’m one of the authors! 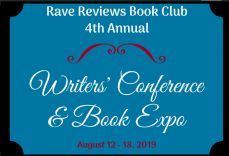 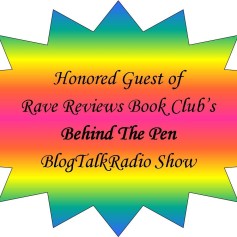 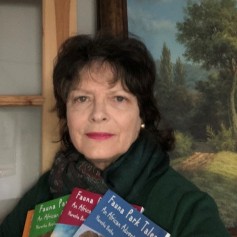 About Shana Gorian Shana Gorian is the author of the Rosco the Rascal series, chapter books for kids 6+ in which a sometimes rascally but always lovable German shepherd uses his steadfast heroic nature to help his pals, brother and sister James and Mandy, find adventure and overcome obstacles. Shana grew up in Pittsburgh, Pennsylvania, […]

There is so much going on in my life right now that I find it difficult to keep track of everything I need to do, and most of the time, my writing and Fauna Park Tales suffer and need to be revived. So, I hope you have a chance to look at two little book […]

Elizabeth’s War by D.L. Finn is the fourth book I’ve read by this author who writes in diverse styles – short stories, poetry and memoirs, and now, this children’s book in the historical fiction genre. Elizabeth is eleven years old in 1917 and lives a protected life on her parents’ farm – she almost died […] 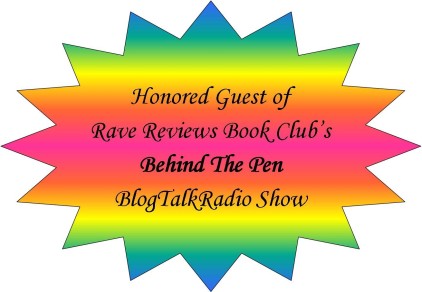 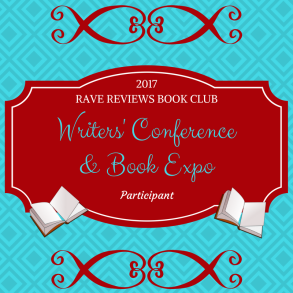 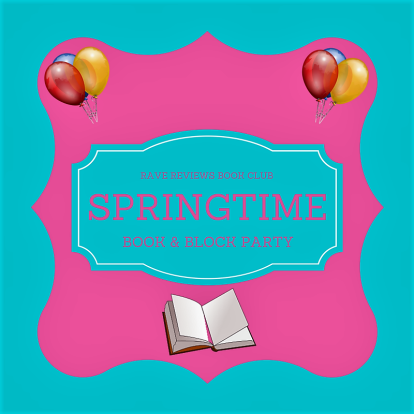 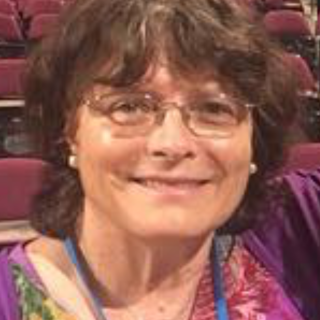 Maretha is a South African Italian, born in a small town called Montagu. She grew up in nearby Worcester in the Western Cape – a town reminiscent of living in Switzerland among the snow-capped mountains. Worcester had a small library. Young Maretha’s visits were limited to three times a week, because the librarian told her, “You spend too much time with your nose in a book and neglect your school work.” Nothing much has changed, because she's still a confirmed bookworm who constantly strives to raise more bookworms who enjoy reading, not just as a pleasant past-time, but as an excellent tool to be used when grown-up. Before immigrating to the UK to settle in Lancashire, Maretha worked as a librarian in a private school in Botswana, where one of her tasks was to encourage children to enjoy reading. That was a labour of love for this bookworm, providing valuable help in carving her own career as a children's author/illustrator. It brought her face to face with the literary industry’s toughest critics – children and preteens. She saw that many students also enjoyed reading about birds and animals, their care, habitats and general well-being, especially when a few added catchy rhymes here and there made reading sessions interesting and alive. In 2012 her job was localised and as things often happen, this unforeseen occurrence led to a new chapter in her life. To remain motivated, she wrote down everything she could remember about her family's pets – their little habits and characteristics. For example, the character of the working-dog hero in Fauna Park Tales is based on the different traits of every single dog her family ever owned. Researching habits, habitats and interesting titbits about martial eagles and eagle owls, as well as many smaller birds such as crimson-breasted shrikes and hoopoes,made it easier to illustrate them and tell a believable story. Her illustrations appear throughout Fauna Park Tales. Maretha Botha admits to being a chocoholic and unreformed coffee addict, a keen gardener and bird watcher, who likes to walk on the moors where the stiff breeze coming in from the sea, quickly clears her head, making way for more inspiration. 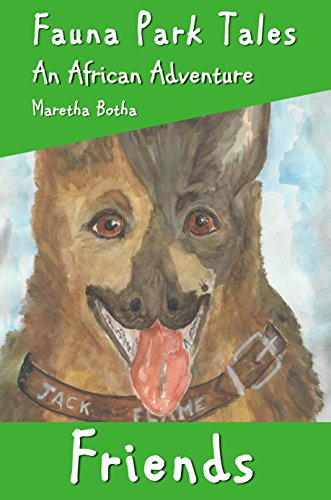 About Shana Gorian Shana Gorian is the author of the Rosco the Rascal series, chapter books for kids 6+ in which a sometimes rascally but always lovable German shepherd uses his steadfast heroic nature to help his pals, brother and sister James and Mandy, find adventure and overcome obstacles. Shana grew up in Pittsburgh, Pennsylvania, […]

There is so much going on in my life right now that I find it difficult to keep track of everything I need to do, and most of the time, my writing and Fauna Park Tales suffer and need to be revived. So, I hope you have a chance to look at two little book […]

Elizabeth’s War by D.L. Finn is the fourth book I’ve read by this author who writes in diverse styles – short stories, poetry and memoirs, and now, this children’s book in the historical fiction genre. Elizabeth is eleven years old in 1917 and lives a protected life on her parents’ farm – she almost died […]

Welcome to Day 6 of the “COMES THIS TIME TO FLOAT” Blog Tour! @stephengeez #FreshInkGroup

Originally posted on MarethMB:
? Salutations! Consider me giddy that you’ve come for Day 6 of 7! Please join me in praise for my most excellent host for sharing some blog space today. I hope to interest you tale-mavens in trying my first book in way too many years, this my only collection of short…

Many of you might have wondered why I seemed rather quiet on Social Media, but despite the apparent absence, I’ve been polishing a few of Fauna Park Tales’ older manuscripts which was fun, despite a spinal injury, for the most of the time . . . However, the fun stopped when I tried to […]